So Many Wilde Pleasures 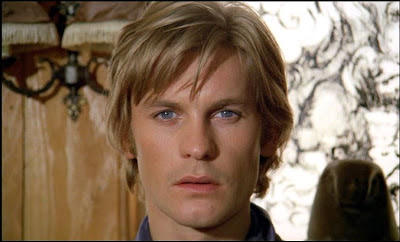 A beautiful young man makes a deal with the devil so he’ll never grow old—instead, a portrait that has just been painted of him will bear the brunt of his sins, excesses and advancing years.
Inspired by the allegorical 1890 novella The Picture of Dorian Gray by Oscar Wilde, The Secret of Dorian Gray(1970) updates the story to the London of the swinging sixties, and boldly portrays the antihero’s pursuits of pleasure in ways that Wilde could only hint at in his story. However, lovers of Wilde will recognize many of the author’s famous epigrams intact in this mod retelling.
Relegated to X-rated moviehouses because of its pansexual erotic content, the film disappeared for decades, occasionally popping up on TV in a heavily-edited form that made the narrative hard to follow. Today, it’s available in its entirety in a visually stunning restored DVD version. 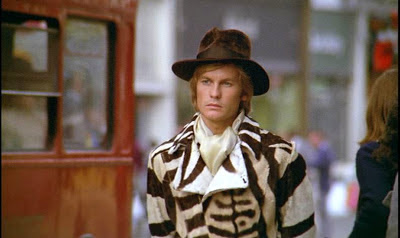 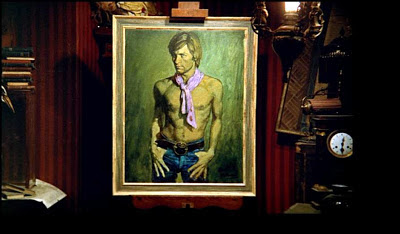 Handsome Helmut Berger, longtime muse and lover of the brilliant Italian director Luchino Visconti, brings the flawless beauty of Oscar Wilde’s iconic character to life. The blond, blue-eyed Berger’s chiseled features could have been sculpted by Michaelangelo or Botticelli, and the camera lingers lovingly upon his face in frequent close-ups.  As the selfish, morally bankrupt and hedonistic Dorian, Berger does a fine job of portraying the inner ugliness of his character while maintaining an ever-angelic countenance.

Dorian is a ultimately a morality tale, as the title character finally realizes the error of his ways and takes his own life. Before that, however, he does squeeze in a lot of fun and partying, particularly when cruising the Mediterranean on a yacht peopled with rich, depraved pleasure-seekers.