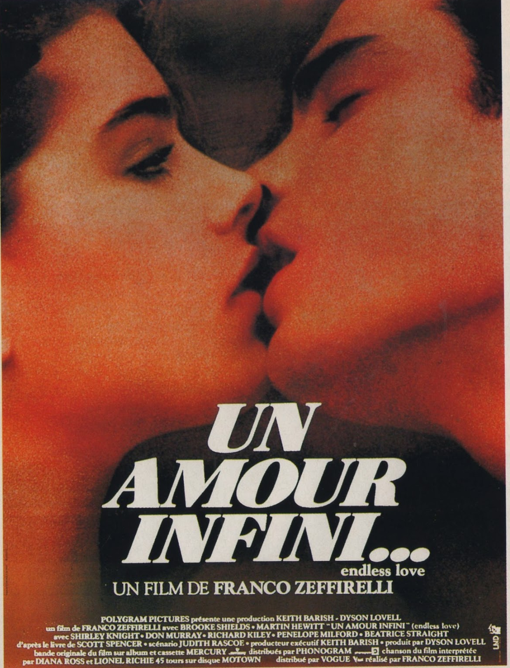 I was 15 years old when Endless Love hit the theaters in 1981. Because it had been given an  R rating by the MPAA, I was still not old enough to be admitted without a parent or guardian, even though the story was all about people almost exactly my age. So I had to sneak in. (First time I had ever done this was to see Saturday Night Fever at the age of 11...I found a seat next to a kindly-looking white-haired woman and struck up a conversation with her, so the usher would think she was my grandmother.) Nothing was going to stop me from seeing these beautiful young stars...naked. I freely admit it, I was a teenage voyeur.


Director Franco Zeffirelli, who so brilliantly captured the raptures and agonies of young love in his iconic version of Romeo and Juliet (1969), plays variations on the same theme for this adaptation of the novel by Scott Spencer. Obviously influenced by other classics of teen angst like Nicholas Ray’s Rebel Without a Cause and Elia Kazan’s adaptation of William Inge’s Splendor in the Grass, Zeffirelli takes the opportunity to push the envelope with this somewhat more explicit depiction of star-crossed love.

In Zeffirelli’s view, young love and coming of age are, after all, really about sex...youth, beauty and throbbing teenage hormones. Love hurts, yet it hurts so good, especially when the youthful protagonists are obsessed with sex but unable to abandon themselves to nature.

Just before the Reagan ‘80s and the specter of AIDS put a damper on the burgeoning sexual revolution, there was a sweet spot in mainstream entertainment where the extraordinarily free let-it-all-hang-out sexuality of the 70s had a last hurrah. Even ordinary movies seemed to have a freer, more honest and frank approach to storytelling. Endless Love may not be one of the all-time great films, but it’s a potent story about the explosive power of sex, and how it destroys the life of an adolescent boy named David.

The plot is unquestionably melodramatic and somewhat overwrought. When teenagers David and Jade fall so deeply, passionately and all-consumingly in love that they literally shut out the rest of the world, neglecting school, family and even sleeping and eating to be together, Jade’s worried father puts his foot down and orders them to not to see each other for 30 days...an eternity to a teenager. David has a nervous breakdown and hatches a dangerous plan to insinuate himself back into her family’s good graces: he sets fire to their house, intending to save Jade and them all from the conflagration. The plan backfires, and David must pay for the consequences of his actions; he’s institutionalized as the family moves away, but he never stops hoping to reconcile with Jade. Even more tragedy ensues.


The attractive and talented Martin Hewitt does a fine job carrying the film on his slim shoulders, conveying the dark inner turmoil, obsession and madness his character experiences. Unfortunately, this turned out to be Hewitt’s career pinnacle; he never became a box office personality, though this film was a modest hit upon its release in 1981.

Brooke is incandescently beautiful and has real screen presence, but her thin and reedy voice hampers her effectiveness, particularly in the later scenes in which she portrays Jade as a young adult. (She did work on her vocal instrument in the ensuing years, appearing on Broadway as Rizzo in Grease and in other stage productions, most incredibly as Chris MacNeil in a 2012 stage version of The Exorcist, in which she swore like a sailor!)

Though handsome Hewitt bares all in numerous scenes (reminiscent of Leonard Whiting’s unselfconscious nakedness as Zeffirelli’s Romeo), Shields’s nude scenes were famously played by a body double. After bad press that claimed she allowed the exploitation of her young daughter as sex object in Louis Malle’s Pretty Baby, mom Teri Shields carefully made sure that Brooke’s love scenes in both The Blue Lagoon and Endless Love were performed by a (rather well-endowed) double, a that fact was well-publicized...somewhat disingenuously, since Shields was still being sold to audiences as a nubile teenage sex nymph.

Beatrice Straight (Network, Poltergeist) and Richard Kiley (Looking for Mr. Goodbar) are effective as David’s cold and emotionless mother and father, more engrossed in their left-wing political causes than they are in parenting. It’s a small wonder that David is seduced not only by the beautiful Jade but by her permissive, hippie-bohemian family as well. The teenage children are allowed to drink wine with dinner, call their mom and dad by their first names and throw wild parties with their parents in attendance. When the young couple first fall in love, her mother and father even allow them to sleep together in Jade’s bedroom.

Shirley Knight (remember her as Helen Hunt’s mom in As Good As It Gets?)  gives one of her finest performances as Jade’s mother Ann, the complicated cougar who is obviously attracted to David and gets a vicarious thrill watching her daughter make love to him in front of a roaring fire. Even after David has burned down her house, been convicted of arson and jumped parole to try and find Jade in New York City, Ann remains his friend, still mesmerized by David’s unwavering passion for her daughter.

The cast also includes a young and unpolished Tom Cruise in a memorable bit as a loquacious classmate, wearing Daisy Duke-style cutoff shorts and a goofy grin; forgotten but fine ‘70s actress Penelope Milford (Coming Home) as Hugh’s young girlfriend; and James Spader (to me, he will always be Jimmy Spader) as brother Keith, then handsome enough to be a teen idol himself, with his feathered blond hair and slim, toned physique, revealed shirtless in more than one scene.


Despite some of its less-than-perfect elements, the film is made with real care and artistry. Zeffirelli creates exquisitely romantic tableaus of his lovers, and his use of light and color in the love scenes are surreal and dreamlike, with icy blues and florid reds, set to the lushly romantic music of Lionel Richie. The opening planetarium scene is an obvious homage to Rebel Without a Cause, and the relationship between Jade and David closely parallels the Romeo and Juliet intensity of Bud (Warren Beatty) and Deenie (Natalie Wood) of Splendor in the Grass, with Zeffirelli’s David having a nervous breakdown every bit as intense as Deenie’s. All in all, I find this film satisfying, even after more than 30 years. 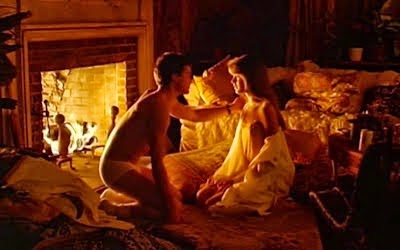 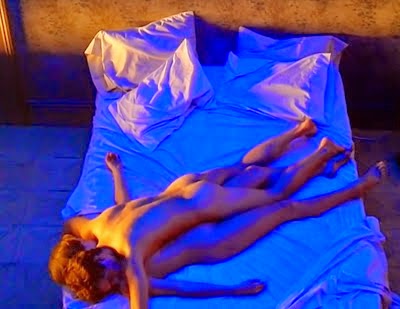 And yes, I did watch the recent remake with Alex Pettyfer and Gabriella Wilde. No offense to those young actors, but the movie took too many liberties, reimagining both the plot and characters, to be considered a proper remake. And it just wasn’t any good, in my opinion; and certainly not sexy at all. I’ll stick with Zeffirelli’s original. 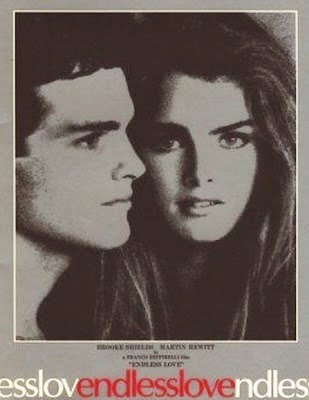