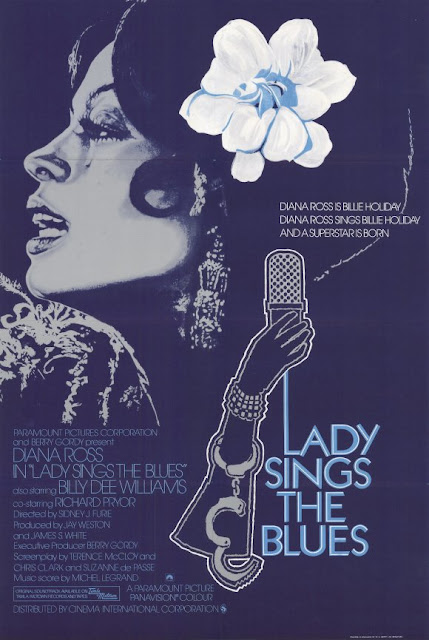 In November 2017 the American Music Awards bestowed its Lifetime Achievement Award on Miss Diana Ross, and it was a triumphant moment—dazzlingly attired, with a voluminous cape resembling a rare bird’s plumage, Ross commanded the stage for a brief medley of her greatest hits, and it was almost like the old days. We had not seen The Boss sparkle like that for a long time.

Miss Ross has been a star for more than half a century—first as the incandescent apex of an iconic girl group and later as a spectacular solo act and legendary diva. But it was her startling film debut, playing another celebrated singer of yesteryear, that cemented her position as the enduring superstar she remains to this day. 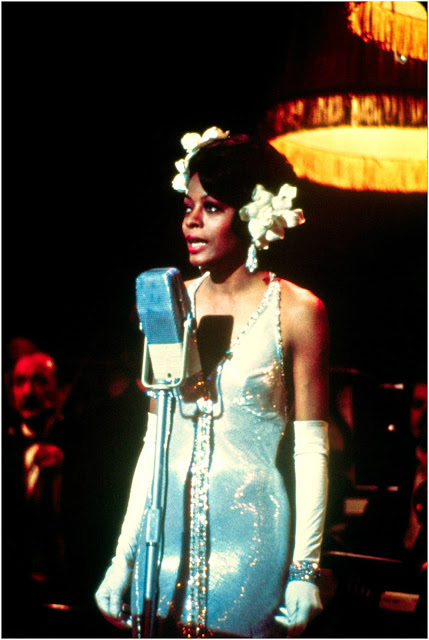 Not all singers are meant to be movie stars, too. (Just ask Madonna and Mariah.) But Diana is, and basically on the strength of just one very successful film performance. In Lady Sings the Blues (1972), Diana Ross proved herself an actress and a force to be reckoned with. It took drive, guts and real talent to portray the troubled jazz singer Billie Holliday, as Ross did to universal acclaim.

It was Motown Records and a singing trio called the Supremes that launched Detroit native Diana Ross on the road to stardom. Before they were Supremes, they had been called the Primettes. As a Primette, young Diana sang backup with her friend Mary Wilson while big boned, trumpet-voiced Florence Ballard dominated as lead singer.

Of course, as soon as they were signed by Motown and Berry Gordy and renamed the Supremes, it was decided that pretty, waiflike Diana was the one whose star power shone brightest, and she was made lead singer and central focus of the group. Florence Ballard never recovered from that demotion; she eventually left the group and was replaced by Cindy Birdsong; Ballard died at age 32 in 1976.


The story of the fabled 1960s girl group was dramatized in the fictionalized Broadway musical Dreamgirls, made into a 2006 film starring Beyonce, Jennifer Hudson and Jamie Foxx. (Sometimes fiction and myth can tell a story even more effectively than the facts.)

Diana left the Supremes in 1970 (replaced by Jean Terrell and plunging the remaining group members into relative obscurity) and producer Berry Gordy focused all his promotional—and personal—energies on Diana and her career. Though Gordy and Diana did carry carry on an on-again, off-again affair (Gordy is now acknowledged as the father of Diana’s daughter Rhonda, born in 1971), their prime focus was always on the Diana Ross brand—and their collaboration on their dream film project, the Billie Holliday musical biography.


Helmed by director Sidney J. Furie (The Ipcress File) but closely supervised by Gordy, Lady Sings the Blues is a multilayered and satisfying film on so many levels. It is at once a timeless romance, an epic period musical spanning the age of Tin Pan Alley to the Big Band era, a frank exploration of 20th century racism, and a harrowing look at crippling drug addiction.

As the talented and tragic Lady Day, Diana Ross is mesmerizing. Not only does she sing more than a dozen of Holliday’s iconic hits and classic standards, Ross imbues those songs with deeper meaning, relating them to Holliday’s personal troubles and addictions, appearing to perform under the influence of heroin and alcohol, as Holliday too often did—indeed, that may have been a part of her magic. (Interestingly, throughout her career, Billie Holliday had been criticized for her thin, reedy voice; the same charge had often been leveled at Diana Ross herself.) 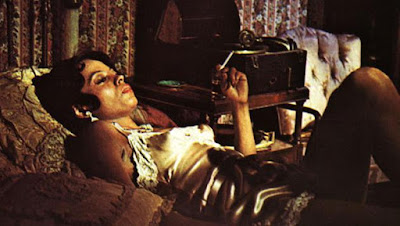 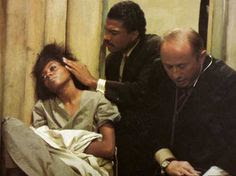 Obviously a natural Method actor, Ross is equally raw and real in the dramatic scenes, as she believably portrays the performer from her young teenage years to adulthood and struggles with a growing dependence on heroin and the rigors of life on the road.

The film is absorbing and entertaining, with surprisingly poignant moments that use Holliday’s music to illustrate evocative and disturbing scenes (the “Strange Fruit” montage brings to life the horror of the lynchings in the South), yet leavening its sober subject matter with occasional lightness and humor, as in the comedic bordello sequence with veteran character actor Scatman Crothers as Big Ben.

The film also features a memorable supporting turn by Richard Pryor as the kindhearted and humorous Piano Man, who  befriends and helps Billie get her career started but finds himself as hopelessly addicted to the White Lady as Lady Day herself.

As a silver screen couple, Diana Ross met her romantic match in suave, dreamy Billy Dee Williams, playing Holliday’s longtime love Louis Mackay, who drifts in and out of the singer’s life, unable to help her kick the drug habit and settle down to a healthier, happier, normal life. (I always thought of Williams as the black Omar Sharif, because his character reminded me of Nicky Arnstein in a musical biopic set in the same era, Funny Girl).

The film’s screenplay was also honored by the Academy. (And Motown’s Suzanne de Passe was the first African American woman to be nominated for a Best Screenplay Oscar for Lady Sings the Blues.) 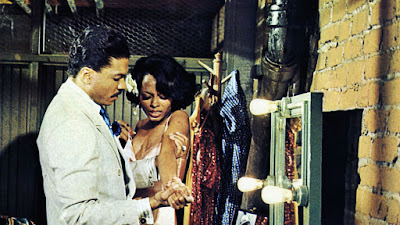 The night of the Oscars, Liza Minnelli won the gold as the iconic Sally Bowles in the innovative, groundbreaking Bob Fosse musical Cabaret. If Liza had not been nominated, Diana would surely have won that Best Actress Academy Award; polls had the two women neck-in-neck in the Oscar horse race. (Liza has said that she was certain that Diana would win that night.)

Lady Sings the Blues was the peak of the Ross film career, but would an Oscar win have changed its trajectory? Mahogany (costarring Billy Dee again) would prove a critical disaster and The Wiz (with Michael Jackson) a box office bomb. (But then again, Ms. Minnelli endured flop after flop after winning that Oscar as well—A Matter of Time, Lucky Lady and New York, New York were all ignominious failures.)

Over the years, Ross was announced for a number of interesting projects, most notably The Bodyguard opposite Ryan O’Neal (made years later with Whitney Houston and Kevin Costner), but ended up, to date, never making another feature film after The Wiz.

It’s a shame that Miss Ross has appeared in so few films after such an auspicious debut, but the strength of that one performance is undeniable, and the film holds up well more than 45 years later.