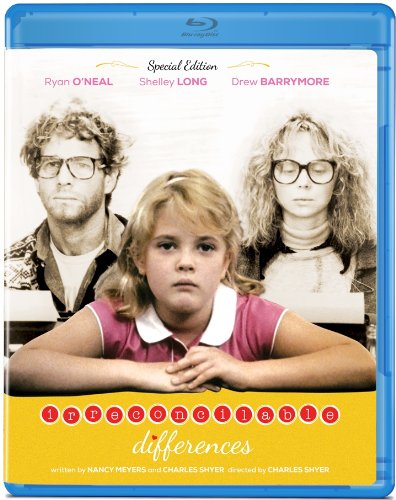 Narcissistic Hollywood loves films about itself. The archetypal stories are told over and over again, in new and inventive ways. The lucky break, the grueling climb to the top, the way fame and money and power change your life, and then the inevitable fall. Irreconcilable Differences (1984) is an original twist on the old A Star Is Born tale about a loving Hollywood couple...one’s star rises while the other’s falls. Irreconcilable adds a dimension ripped from headlines of the time: the child who divorces her neglectful parents.


This entertaining and often moving film stars Ryan O’Neal as film director Albert Brodsky, Shelley Long as his wife, writer Lucy Van Patten Brodsky, and Drew Barrymore as their daughter Casey, caught in the middle of her parents’ battle royale. 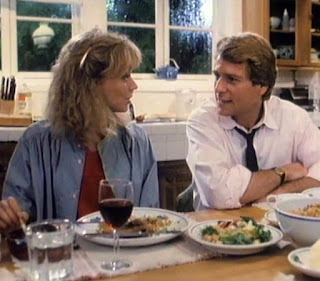 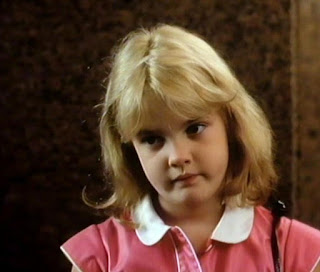 At the center of the film is the story of the young couple whose creative collaboration on two films catapults them into the Hollywood elite but destroys their marriage in the process. It’s a thinly veiled account of the breakup of 1970s director Peter Bogdanovich and his wife/collaborator Polly Platt, hastened by Bogdanovich falling in love with his young blonde leading lady, Cybill Shepherd.

Bogdanovich’s stellar directing career was almost shattered when he cast Shepherd in one of Hollywood’s all-time flops, the Cole Porter-tuned musical At Long Last Love (1975). In Irreconcilable Differences, Albert falls in love with Blake Chandler, (played perfectly by a very young Sharon Stone), almost destroying Lucy in the process. When Albert remakes Gone With the Wind as a musical with Blake as a singing Scarlett O’Hara, his career is doomed. But success is the best revenge for Lucy, who writes a tell-all that goes to #1 on the bestseller list. 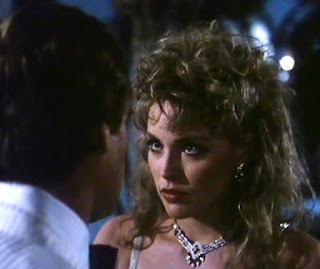 The film was not a hit and it quickly faded into Hollywood obscurity, but the performances shine, even in the scratchy VHS-lifted DVD transfer I treasure.   Ryan O’Neal and Shelley Long have rarely been better than in this seriocomic love story. Both actors bring the story and the relationship to vivid life, as adept with a wisecrack or pratfall as they are with tenderness and vulnerability. And I count this as Drew Barrymore’s very best juvenile performance, including E.T. The Barrymore acting chops were obviously genetic, because she’s a natural in the dimensional supporting role of the daughter who divorces her parents.
Created by the husband-and-wife team of Nancy Meyers and Charles Shyer, best known for the Steve Martin version of Father of the Bride (1991), Irreconcilable Differences foreshadowed that couple’s own professional breakup and divorce. Ms. Meyers most recently directed It’s Complicated (2009) with Martin, Meryl Streep and Alec Baldwin. 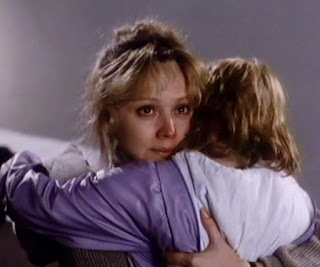