To Sirk with Love 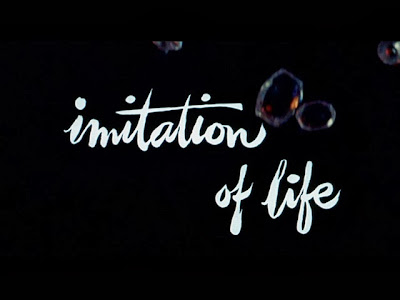 I consider Douglas Sirk one of the great auteurs of classic 1950s cinema, because all his films bear an indelible stamp: A Sirk film always presents a glamorized and superbly heightened reality, a story teeming with passion and drama, building to a grand crescendo. Emotions are sensationalized, sentimentalized and romanticized, and clothed in widescreen technicolor splendor, with lavish sets and costumes, sweeping music and of course, bigger-than-life and too-beautiful-to-believe stars. Sirk made many a great picture using this formula, most notably All That Heaven Allows and Written On The Wind, but his masterpiece of cinematic artifice is most definitely Imitation of Life (1959).

The classic tale of the bond between two single mothers, one black and one white, had been filmed successfully before, in 1934 with Claudette Colbert, so the 1959 version had to be bigger and better. Here, producer Ross Hunter (Pillow Talk, Backstreet, Madame X)  enabled Douglas Sirk’s opulent aesthetic vision with a generous budget and full creative control.


Sirk takes the title of Fannie Hurst’s old novel literally in fashioning a film that is a near-perfect imitation of real-life love, passion and dysfunction. He focuses relentlessly on the superficial and cosmetic aspects of storytelling in a style that helped define camp  as “a lie that tells the truth.” Beginning with the casting of glamorous superstar Lana Turner in the lead, opposite a square-jawed, deep-voiced John Gavin, one of the handsomest, if not theatrically gifted, actors of the 1950s, Sirk reveals his aim is far from creating a gritty slice-of-life. No, this is soap opera at its entertaining best, a film that used to be known as a tearjerker, with only a few brief nods toward reality.


A mature, still arrestingly beautiful Lana Turner, gowned by Jean Louis and dripping in David Webb jewels, turns in a skilled, if mannered, performance as selfish actress Lora Meredith, who sacrifices both love and family for the sake of career ambition. In the early sequences, as Lora struggles financially, living in a downtown “coldwater flat” with daughter Susie, Turner adopts the long-haired 1940s coiffure that she sported in films a dozen years earlier, with close-ups lovingly photographed in ultra-soft focus. Later, her hairstyle becomes short and severe after her transformation into the toast of Broadway, an ego-driven diva still burning with ambition to conquer the silver screen. The intensity displayed by Turner’s character is a pantomime of genuine human emotion, designed to reach the back row of the theater, but nonetheless divinely, compellingly watchable. In one of the climactic mother-daughter confrontations that drive the plot of this classic “women’s picture,” a teenage Sandra Dee implores of Turner, “Oh, Mama, stop acting!” But the audience pleads silently--”No, Miss Turner, don’t stop. Please keep on chewing that scenery!” 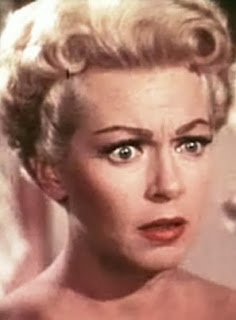 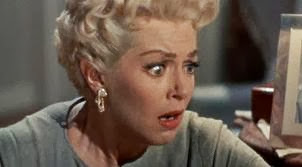 Turner had developed a flair for this type of melodrama, having earned her only Oscar nod the previous year for Peyton Place. And of course, she was no stranger to off-screen drama and tragedy, either. Just before beginning work on this film, sordid details of Turner’s private life had been splashed across the tabloid pages after her lover Johnny Stompanato had been stabbed to death, reportedly by daughter Cheryl Crane, during a domestic dispute. The scandal boosted publicity for Imitation of Life (with its eerily paralllel mother-daughter plot angles) making it one of the top grossers of 1959. 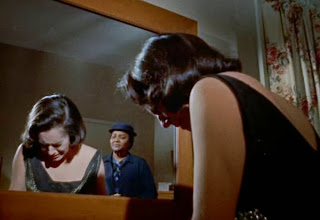 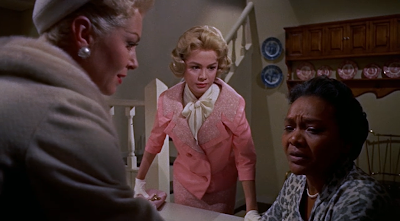 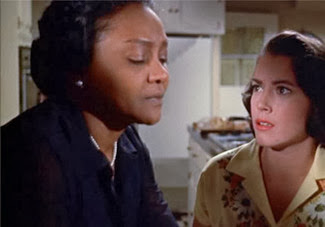 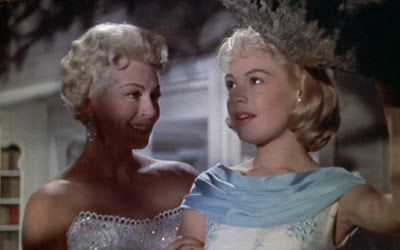 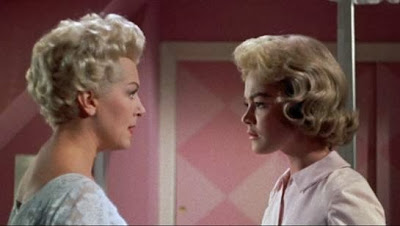 But beneath the veneer of melodrama and flamboyant production values is a storyline with a soupçon of substance, dealing head-on with one of the chief issues of the time...racial injustice and prejudice. Juanita Moore’s touching and understated performance as Annie Johnson strikes the film’s sole note of reality (erasing the offensive image of Louise Beavers as the Aunt Jemima-like pancake lady in the original 1934 version). Amid the bombast of practically every other performance, Moore quietly underplays, modulating her voice to a soothing whisper as she selflessly looks after everyone but herself, offering comfort and wisdom but suffering silently.

Susan Kohner (better known today as the mom of filmmaking brothers Chris and Paul Weitz of American Pie fame) is much more showy in her role Annie’s rebellious fair-skinned daughter, tortured and embittered by a life of always staying “in the back.” Best Supporting Actress Oscar nominations went to both Moore and Kohner for their very different approaches to the material.

But even the racial angle of the story is not immune to Douglas Sirk’s ostentatious, presentational style. Kohner’s Sarah Jane works in “low-down dirty dives” and morally corrupt nightclubs, even lip-synching a song with a highly sexual double entendre, likening an empty purse to a feature of the female anatomy and imploring the sleazy crowd to “fill what is empty.”   Earlier, a young Troy Donahue beats the hell out of Kohner’s character in a startlingly violent and over-the-top manner after asking, “Is it true...is your mother a n****r?”

And the final funeral sequence is pure fantasy, with four white horses, a New Orleans blues band and of course, the iconic Mahalia Jackson singing “Trouble of the World.” (Look for an homage to this sequence in Mike Nichols’s brilliant film of Tony Kushner’s Angels in America.) Of course, here is where Sirk gives Miss Kohner the opportunity to throw herself over the coffin of her dead mother and beg for forgiveness, something we in real life very rarely do. But it is a surprisingly effective catharsis...if you are in the right mood, you will cry right along with mourners Susan, Lana, John and Sandra. I know I always do. 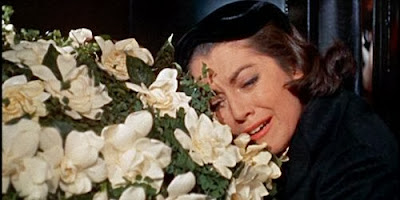 Imitation of Life is an artfully constructed and captivating film that’s a feast for the senses and emotions, presented by a masterful auteur. It provides a glorious opportunity to while away a lazy afternoon with a pint of Haagen Dazs, and escape your own real-life “troubles of the world,” knowing that even the rich and beautiful have issues, too, though in Douglas Sirk’s world, they do their suffering in in mink. 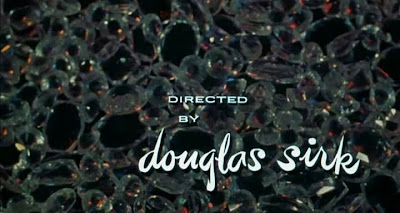