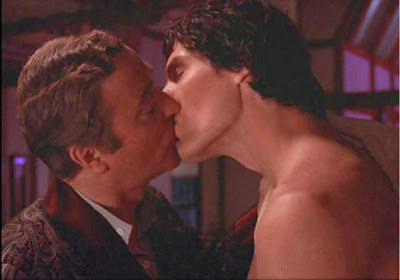 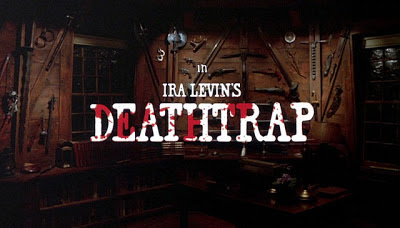 The first time I ever saw one man kissing another onscreen was in the comedy thriller Deathtrap (1982), based on the play by the great Ira Levin (Rosemary’s Baby, The Stepford Wives). The fact that it was international superstar Michael Caine locking lips with strapping Superman star Christopher Reeve only added to the jaw-dropping surprise I (and the rest of the audience) experienced. Sitting in the darkened theater, I could hear men groaning and women gasping at the moment of the man-on-man embrace. A few people even walked out of the auditorium in a huff. Too bad; they missed a really good movie...


Seen today, the Caine/Reeves kiss seems quite tame; you can see hotter male-male makeout scenes on Bravo or reruns of Desperate Housewives. But the film itself holds up superbly. Perfectly plotted, with a clever series of twists that keep you guessing until the very last frame, Deathtrap is a delicious mind game for the mystery movie buff. 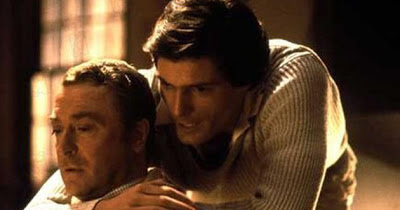 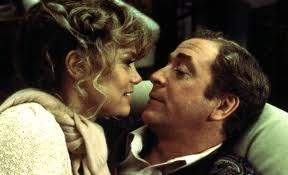 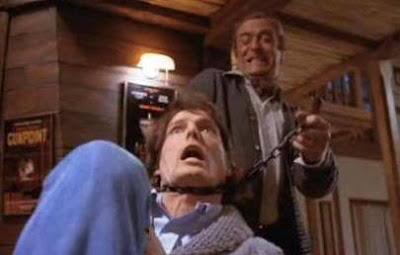 When a celebrated playwright Sidney Bruhl (wittily played by Caine) loses his creative mojo, he hatches a diabolical plan for a big Broadway comeback: passing off the work of a neophyte writer and fan (Christopher Reeve) as his own. The fact that Bruhl will have to do away with the young man in the process is a mere technicality. And so the fun and plot twists begin.

Critics of the time complained that Deathtrap was too much of a filmed stage play, but that is by design. The story is a play within a play within a play. All told, there are only six or seven speaking parts, but the action, much like a formulaic mystery play, centers around the playwright, his wife, the student, a lawyer and a next door neighbor. Within the confines of a living room set in the Hamptons, director Sidney Lumet (Network, Dog Day Afternoon) keeps the action taut and suspenseful. 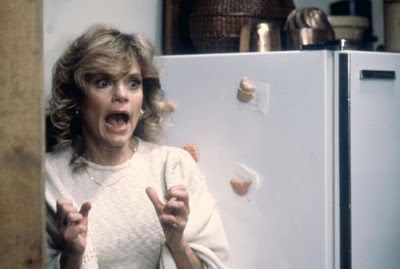 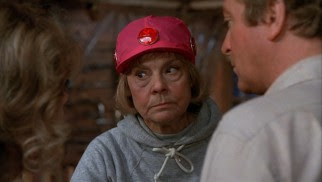 Add a few supporting characters with impeccable comic timing to the tightly plotted narrative, and you have a movie that’s satisfying on every level. The underrated Dyan Cannon, who perfected the role of the comically neurotic wife in her Oscar-nominated performance in Heaven Can Wait (1978), is a scream as the playwright’s high-strung wife. And veteran stage actress Irene Worth all but steals the picture with her deadpan performance as the dotty Teutonic next-door neighbor, psychic Helga Ten Dorp. 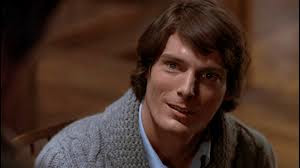 It’s also a refreshing opportunity to see Christopher Reeve, who started his own career as a stage actor (he appeared onstage in A Matter of Gravity with the great Katharine Hepburn), in a role that requires more than looking good in red and blue tights. 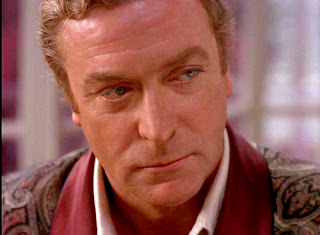 Here, Michael Caine is, as in all his films, a joy...he delivers every line with a crispness reminiscent of that first sip of an ice-cold dry martini. From 1966’s Alfie to Batman’s butler in 2012, Caine is enduring film royalty. In Deathtrap, he returns to a genre he was particularly adept in, having shared the screen in the brilliant cat-and-mouse thriller Sleuth with Sir Laurence Olivier the decade before. This film is an apt companion piece.

If you enjoy mystery, comedy and good acting, you should love Deathtrap.
Posted by angelman66 at 5:17 AM